“Malala of Syria”
Do you know about Ms. Muzoon Almellehan, the first refugee to become the goodwill ambassador for UNICEF? She has spent 3 years in a refugee camp in Jordan, before moving to England, where she currently attends university. She is often called “the Malala of Syria” after her strong actions in the refugee camps, going door to door convincing parents to let their daughters continue their education. On June 20th, 2017, on the World Refugee Day, UNICEF named Muzoon to be their goodwill ambassador. She was the first refugee and the youngest person to be appointed for this position.

And last month, we had a chance to meet and talk with Muzoon, who was visiting Japan at the time! We were able to hear how the life was to be a refugee, why she continues to strive for the right of education, and about her current life as a student.

Born as a regular girl in Syria, she spent her childhood in her country. Her father was a teacher, so she grew up believing that education is the key to improving her life. When the civil war became intense in 2013, her family moved to a refugee camp in Jordan, but what she took from her home was her textbook at school. Even in the camp her beliefs remained strong, and she eventually started taking actions to tell parents how education is important, especially for girls. She went door to door convincing parents the importance and how studying hard can brightly change their future, even though forced marriages of daughters still remained as a culture.

Eventually, these strong actions came into the eyes of UNICEF, where she currently represents as a goodwill ambassador. She currently attends international conferences telling the importance of the right to be educated and continues to visit refugee camps to spread her message.

[2. What we felt through the talks]
What we felt from the talks with Ms. Muzoon Almellehan is her strong, settled beliefs that education can change the lives of children. Her words and strong looks expressed her love and hope towards education. She told us strongly that education is the base of everything, and that we can give out hope to children with the opportunity of education.

Since we have no experience of being in a refugee camp, we can only imagine how Ms. Muzoon had felt in her days there, but from her strong passion in education flowing from her words, we were able to see how education had supported her in the harshest environment, and how many children were saved from her brave actions.

She concluded with a message to all the youths in Japan. “The more you like, the more you should take action” She says that she was able to continue because she had loved to learn. She gave us courage, saying that we can change the world, little by little, by taking action in what we love.

Comments from the members of Voice of Youth JAPAN

I realized on how much I should be thankful for the environment to be able to study as much as I want. Furthermore, being the same youth as Muzoon, she felt very close to talk to. I felt that I should brave enough to start thinking what I can do and start taking it into action.

First, it was my honor to have a chance to talk to the Goodwill Ambassador of UNICEF, Ms. Muzoon Almellehan. I thought that she was very cool, to clearly have what she believes in, despite being as old as I am. I was heartbroken by her words, especially when she said that she will never forget about Syria wherever she is, since there are many Syrian people behind me and that she wants to contribute to Syria again in the future. It was also my honor that she had favorably taken Voice of Youth JAPAN when I introduced it to her. I know this may be impertinent of myself, but I will be happy to do something together with her, and I will continue to be in support of her beliefs.

Having a talk with Muzoon, who is in the same generation as myself, I was able to hear the real stories about how serious the reality is in Syria, and how much she came over the hardships when she was telling the importance of education. I had been following the Syrian Crisis for a long time, but it was my first time feeling close with this conflict. I believe that education and urban environment, which is my current major, is closely related as urban environments can be improved with proper education. I would like to continue being in part of Voice of Youth JAPAN and other projects, with the passion I received from her words.

[3. Conclusion]
During the talks, we were able to hear her stories as a university student, about how she likes to study with her friends and go to libraries, despite being a goodwill ambassador. In the end, she was very kind to give us some encouragements for Voice of Youth JAPAN. We hope that we can continue the relationship with her, and someday, we can see each other to cooperate in each other’s actions. 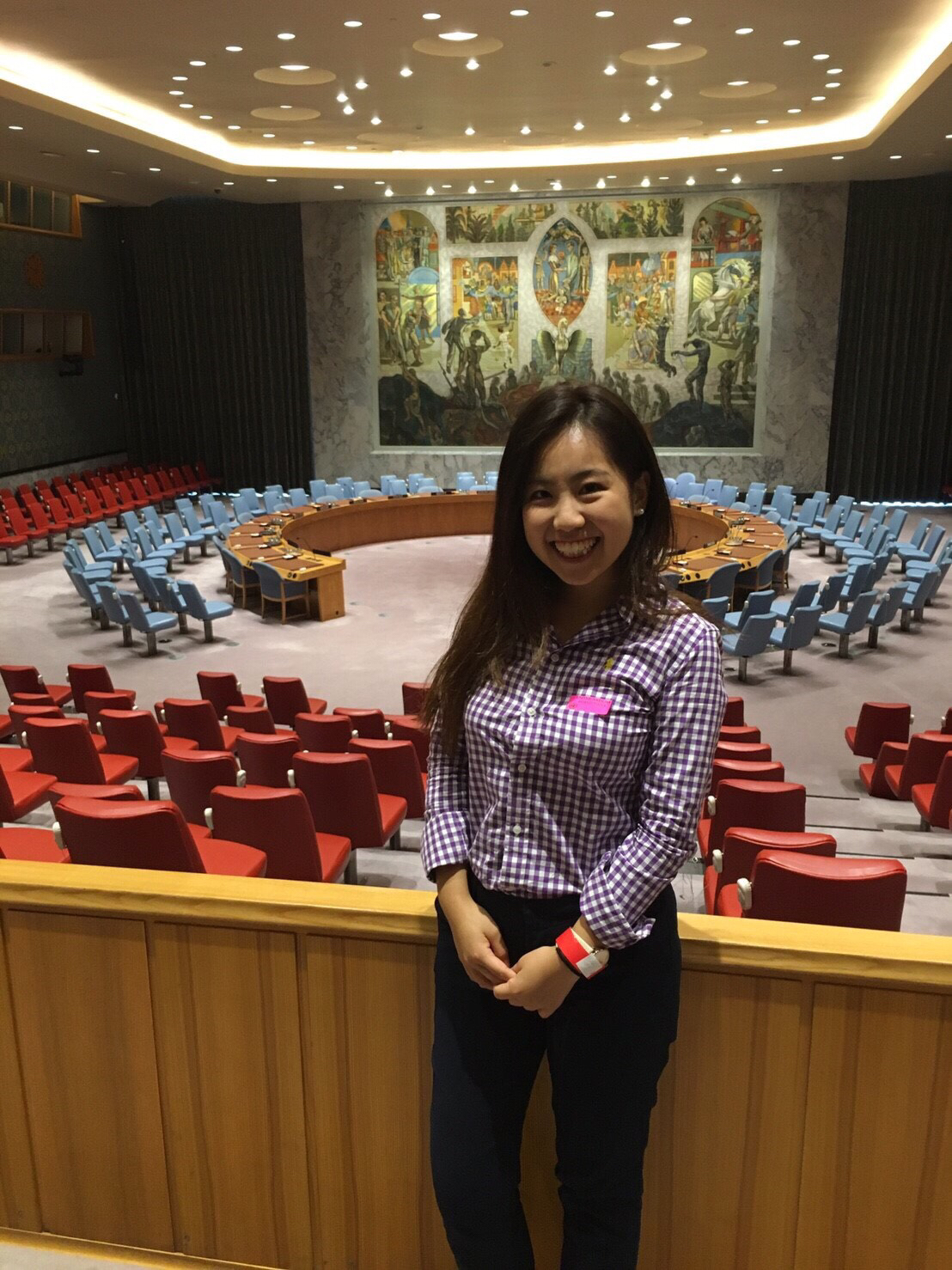 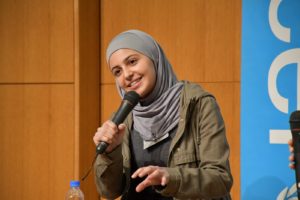